The NEC PC-9800 series of computers is a sorely under-appreciated system in the West. This is mostly due to the fact that neither it nor its games were ever officially released outside of Japan. Not many people know that it exists in the first place, much less that it has a massive catalog of games. We’ve been diving into the catalog and finding some pretty fun titles that, while dated, are still pretty fun and worth taking a look at. Unfortunately not everyone has spent the time learning the Japanese language so that makes it difficult for most people.

Which is where we come in.

We’ve decided that we’re going to focus on translating PC-98 games that we think are worthwhile and fun. That will, in general, be our new goal going forward. To start things off in that direction, here’s a list of games here that we’ve been looking at. (Just because a game is in this list doesn’t mean that we’re announcing that we’re working on it. It just means that we think it might be a worthwhile project sometime in the future.) 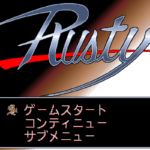 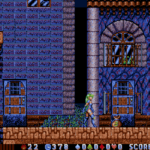 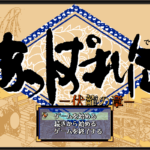 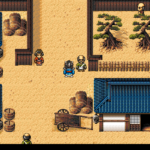 This game is heavily steeped in mythological Japanese influences, and the main overworld map itself is set in feudal Japan. The monster and character designs are all based on Japanese lore, as are the characters you play as themselves. The battle system is a nice take on the standard turn-based RPG system, and your characters get levels and new skills decently fast, though you will have to do some grinding, which was pretty standard for the time period. This was developed by a company called TGL who also developed the Farland Story series, one of the few PC-98 games that actually has an English translation patch (for games 1-6 of 7). 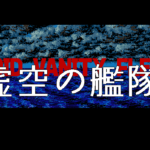 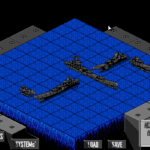 Don’t really know too much about this beyond the fact that it contains space Hitler and is a rip-off of the Battleship board game with a few added features like special attacks and a vague 4-part “campaign” mode. You kind of have to use the special attacks to win, also, because the AI is a little too good sometimes. Did I mention Space Hitler? This one was developed by a now defunct doujin group called Studio K2, of which there is very little information. (Not to be confused with the actual Studio K2, which works on Capcom games.) 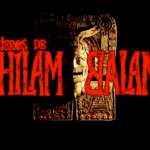 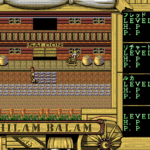 A member of the small group of Wild West-themed RPGs. Libros de Chilam Balam features some decent artwork with a nice battle system, though it is a little bit linear. Also, there is magic involved in the game on top of the characters using guns as well as bows and arrows. Overall pretty neat. 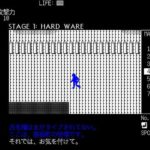 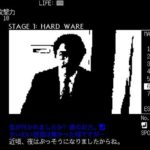 A set of two educational RPGs about computer hardware by Michiaki Tsubaki. The battle systems and puzzles involve computer architecture concepts, and stuff like counting in binary and hexadecimal. The first one, Insiders, is divided into two stages, Hard Ware and Soft Ware, while the second one, Insiders 2: Network no Bouken Eve ga Inai, involves traveling between computers with a network. They certainly aren’t the best-looking games, but despite being educational they routinely come up in discussions of the best PC-98 RPGs.

Glodia is actually a game developer that released a number of titles on the PC-98 and MSX. Almost all of these titles were unique in some way and are definitely worth taking a look at. The only problem with working on them is that they are compressed with (as far as we can tell with a cursory look) a proprietary/in-house compression algorithm that might take a lot of work to crack. We might have some thoughts on how to figure it out more easily, but that’s for the distant future most likely. Putting that aside, let’s talk about some of the games. 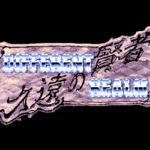 It’s an RPG where two scientists are ripped from their world (similar to ours) after an experiment goes wrong and sent into a weird fantasy realm where there are more intelligent species than just humans. The game feels smoother than most other RPGs on the PC-98, and the battle system is fairly unique and fluid, even though it is still turn-based. One of the last true RPGs developed by Glodia, it has all of the little quality of life improvements over their other games using the same engine, as well as one of their best stories. 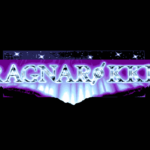 Ragnarokkr is a hybrid between RTS and RPG, where battles are played out over a large world map with multiple units. These units are comprised of members that can be changed in or out at your discretion between battles. The battles themselves are in real-time, except that when two units touch you are taken to a small field reminiscent of a tiny Final Fantasy Tactics board where you take turns moving around and using skills to fight the enemy you ran into. It’s honestly pretty neat. Also neat is that this game has been ported to Java and Unity by one of the original developers recently. 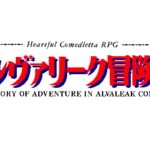 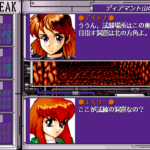 Alvaleak Boukenki is a somewhat strange entry in the Glodia catalog. It is the only first person dungeon crawler. It also features a lot of long cut scenes and a lot of story, though that doesn’t really interrupt the flow of the game too much. 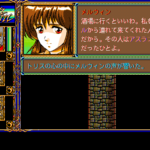 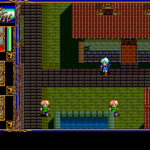 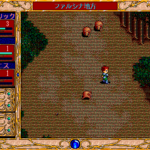 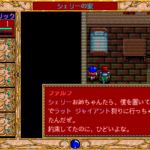 The Vain Dream series of games (1&2) are mostly standard RPGs in their presentation, but they feature an early version of the battle system employed in Different Realm. Gone are anything but simple attacks where you either walk into your enemy to strike or hit the spacebar to throw/fire projectiles. You also only control the main character and the others act automatically. It’s not the greatest version of the battle system, but cool to see how much it has come along from here.

As well as a few others that aren’t listed here, such as their popular Emerald Dragon (already translated for the SNES by Nightcrawler), the Zavas RPG series, the Bible Master simulation series, their excellent run-n-gun Die Bahnwelt, and their last game, Etemible. Honestly all of Glodia’s games have some sort of appeal and are worth taking a look at.

And that’s it. Whether we’ll actually translate these games or not is anyone’s guess, but we have been actively looking into the file systems for these at the very least.