That out of the way, we’d like to welcome you to the site and tell you a little bit about what happened to get us to this point.

First up, from kuoushi’s perspective:

Around the middle of 2015 I was streaming Romancing SaGa 2, which at the time didn’t have a translation patch or a mobile version out, so there wasn’t really any way for people to understand what the game was saying unless they knew Japanese. I was trying to interpret as I go, failing fairly miserably, when one of my viewers mentioned that he’d like me to play the predecessor to E.V.O: Search for Eden on a system called the PC-98. Now, for those of you who don’t know me I know jack shit about consoles, so I’ve obviously never played E.V.O. before, and I certainly don’t have any idea what a PC-98 is.

I take a look into the game and it seems pretty neat, got a lot of different creatures in it, RPG elements, and all kinds of stuff that I like. So I think, yeah this would be pretty cool. I start trying to figure out how to romhack it and find out that I’m woefully unprepared for such an undertaking and I post on a thread by KingMike over at RHDN where he was asking for a translator. During this time I figure out a little about how the PC-98 works and so on but lose some hope as I never hear back from him. That’s when hollowaytape shows up and says he wants to give hacking the game a shot.

He starts working and I kind of wait to see how that turns out. Then he makes a ton of progress and I’m like, shit, I need to actually start working on the translation and here we are.

And now, from hollowaytape’s perspective:

I was writing an article about E.V.O.: Search for Eden in mid-2015, and I played through its predecessor without understanding a word of it. It was weird, dark, and sometimes grotesque. It was different enough that it stuck with me. So I looked through a bunch of old threads on RHDN and Bogleech, with people from 2008 lamenting the lack of a translation, and convinced myself it would never get translated. So, of course, I decided to learn Japanese.

Didn’t make it too far on that last part, but I did see kuoushi’s post on that RHDN thread offering to translate. My overconfidence in my programming abilities was at an all-time high then, so despite having no relevant experience at all, never having used a hex editor or debugging emulator, I said I’d romhack a game for a system I knew nothing about.

In hindsight it was really dumb. I had played Seiken Densetsu 3, La-Mulana, and Mother 3 through fan translations, so doing a romhack had been on my nerd bucket list for a while, but never very realistically. But it actually worked out fine. I read a lot of tutorials, did a lot of staring at hex stuff and looking for patterns, and asked smarter people for help when I needed it. It ended up being a good game to start with, too – no text compression, no font stuff, no assembly hacks, and plenty of unused space.

Anyway, I’ve put a lot of work into it since then, and I’m excited to share this weird and unknown game with you all. And maybe some other games too, down the road…

That’s it. That’s how we got to this point. Our interest is primarily in the PC-98 system and the games released for it, so if we do release any more romhacks or translations, it’ll be for the PC-98.

And if you don’t know anything about the PC-98, we’ve written a helpful little guide to get you started on your journey. It’s not everything, but it should at least help you to vaguely understand how to play games.

That’s all for now, see you guys again soon.

SkyeWelse / Retro-Type @SkyeWelse
8 hours ago
Finally finished putting together my rhythm game cabinet for all rhythm games that utilize a landscape mode screen including Chunithm, Nostalgia and Taiko no Tatsujin. https://t.co/MZZhXqoH73
View on Twitter 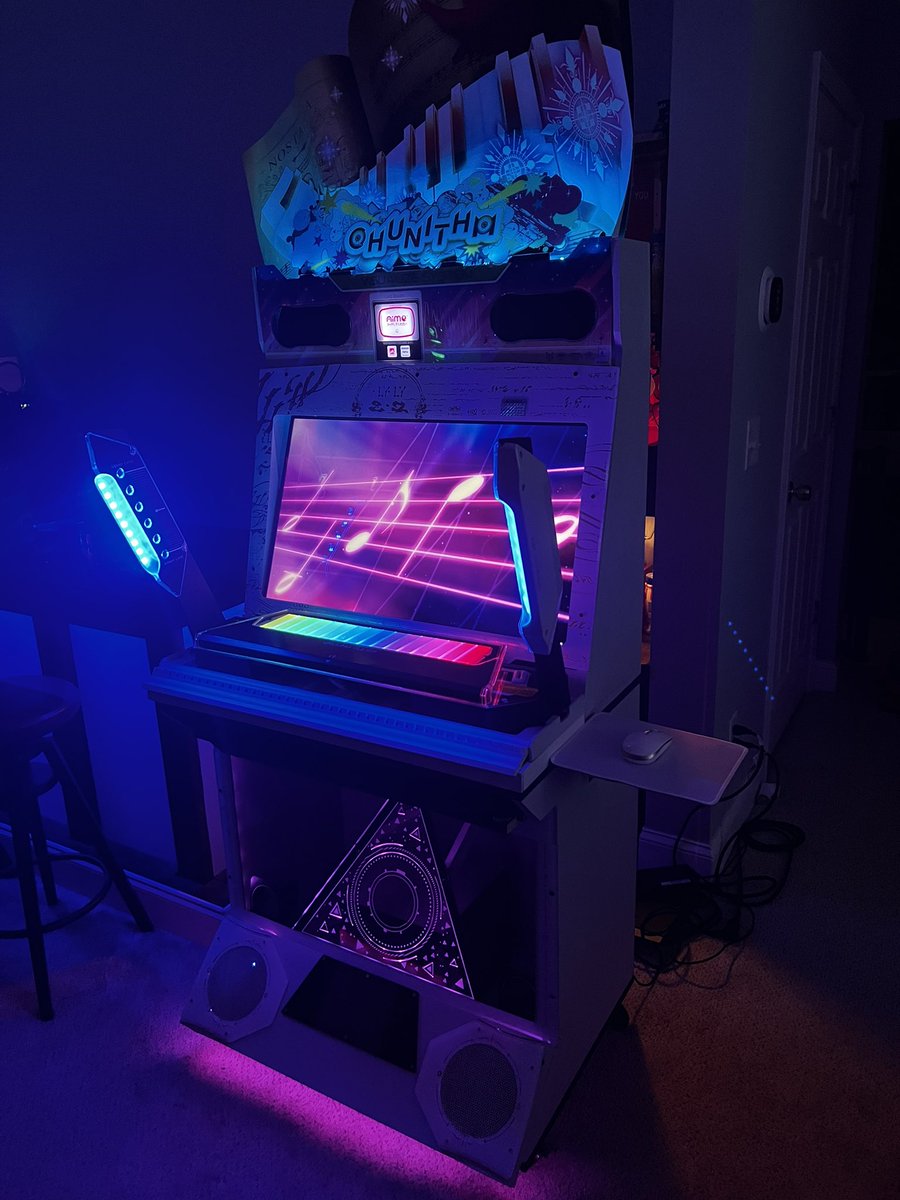